Leave it to Sen. Lindsey Graham (R-SC) to double down on President Obama’s now exposed policy of killing American citizens with drones without due process of law. Sen. Graham announced today that he will offer a resolution next week praising the president’s policy of drone killings.

“Every member of Congress needs to get on board. It’s not fair to the president to let him, leave him out there alone quite frankly. He’s getting hit from libertarians and the left. I think the middle of America understands why you would want a drone program to go after a person like (American citizen) Anwar al-Awlaki.” – Sen. Lindsey Graham, Super Freak 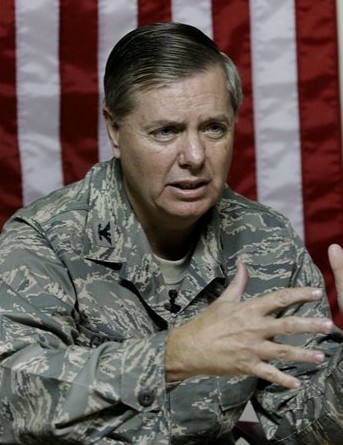