China has leapfrogged the US to become the world’s biggest trading nation, bringing an end to the US’s post-war dominance of global commerce. 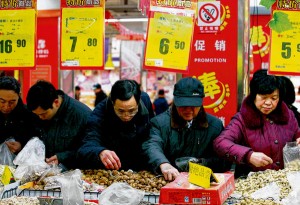 A supermarket in Anhui province yesterday ahead of the lunar new year holiday. China’s exports and imports surged in January as the first data of the year pointed to robust domestic demand.

Even so, the U.S. economy is about double the size of China’s, according to the World Bank. In 2011, the U.S. gross domestic product reached $15 trillion while China’s totaled $7.3 trillion.

HSBC Holdings forecast last year that China would overtake the U.S. as the top trading nation by 2016.

China was last considered the leading economy during the height of the Qing dynasty. The difference is that in the 18th century, the Qing Empire — unlike rising Britain — didn’t focus on trade. 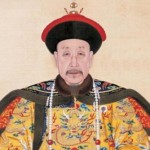 Emperor Qianlong of the Qing Dynasty