Actor Jeremy Irons asked the question in a recent interview with Huffington Post, “Could a father not marry his son?” It’s a question that is more serious than it may seem on the surface.

Could a father not marry his son? … It’s not incest between men. Incest is there to protect us from inbreeding, but men don’t breed… If that were so, then if I wanted to pass on my estate without death [taxes], I could marry my son and pass on my estate to him. 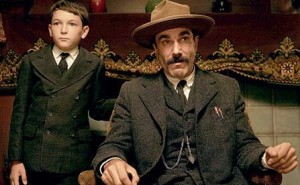 Let’s take, for a frightful example, Daniel Day Lewis’ character, Daniel Plainview (I do get Irons confused with Lewis sometimes!) in the film, “There Will Be Blood.” Marrying his son, H.W., could have solved many of the financial concerns of his family. As Jeremy Irons states in the interview, below, “the lawyers are going to have a heyday with this one.”

Read more on this from dennyburk.com