O.C. & Dee is a new ongoing webcomic featured at yaddlezap.com. It’s a humor strip about an extremely obsessive-compulsive boyfriend, O.C., and his fraught girlfriend, Dee, who always seems to come back to the relationship in the next strip despite having ended it in the previous one.

“The strip is in its establishment period right now,” says the strip’s writer, Jordan Inman, “so it’s just setting things up for even better ones to come. The later strips will have more continuity as well.” 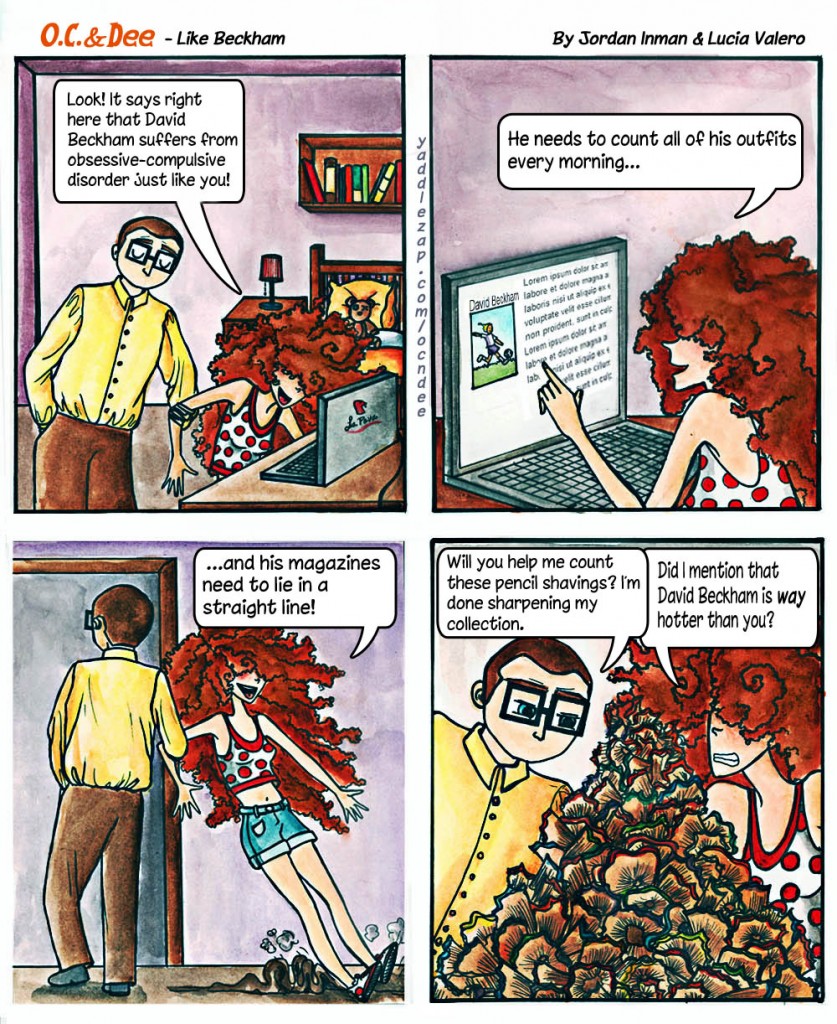 The collaborative duo of Jordan Inman and Lucia Valero recently launched a Kickstarter project in order to fund the creation of 100 strips for O.C. & Dee that will eventually be published into a physical book. You can watch the Kickstarter video below: