Iroots.org has obtained talking points being distributed to members of Congress with tactics to defend NSA spying. They seem to originate from the House Permanent Select Committee on Intelligence headed by Rep. Dutch Ruppersberger (Dem).

On the internet program:

Section 702 is a vital legal tool that Congress reauthorized in December 2012, as part of the FISA Amendments Act Reauthorization Act, after extensive hearings and debate. Under Section 702, the Foreign Intelligence Surveillance Court (FISA Court) certifies foreign intelligence collection. There is no secret program involved — it is strictly authorized by a U.S. statute.

For those who think phone numbers are no big deal. “It’s just metadata…”

Anyone who works in advanced sales and uses databases will let you know that your phone number can be used to populate unbelievable, to the general public, data on an individual’s habits, income, location, Facebook/twitter/LinkedIn and political affiliation/donations…

But don’t worry, Snuggly Bear is here to keep you 100% safe! (Click through to see the video.) 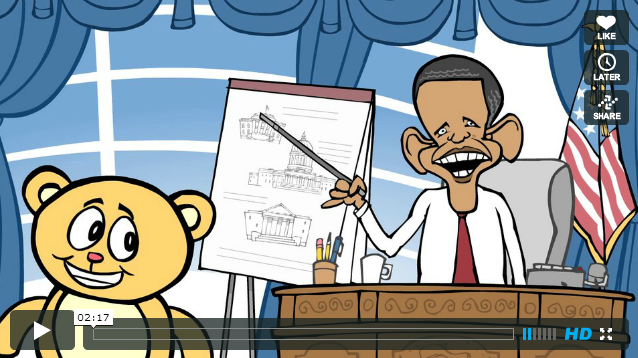