An article by Robert Kuttner has been causing a stir on the liberal blogs. Here’s a synopsis from the far-left website, DailyKos:

I’m sorry to say, but this cynical anti-government message is going to start resonating with more and more people, unless the Democratic Party boldly casts aside the center-right path of Barack Obama and embraces a new progressive revival. People want middle class jobs, not Big Brother listening to your phone calls and reading your emails. They want student loans, not bailouts for an obscenely wealthy investment banking industry. They want increased funding for health care and education, not cuts to Social Security and Medicare.

Too many Democrats have a smug assurance that the younger generations will automatically keep voting Democratic; that “demographic change” will condemn the GOP to permanent minority status in just a couple decades. But if the American people elect Democrats and then those Democrats keep cutting government services for the poor, elderly, and disadvantaged, while continuing to expand the military-industrial-security state and serving the Wall Street lobbyists that people were actually voting against, why are they going to bother to vote for Democrats again? “Because they have no other choice,” right? I don’t think that’s going to work much longer.

The GOP is not stupid. There is a rising libertarian wing of that party, led by Sen. Rand Paul, which seeks to appeal to young voters who have given up on the promises of Democrats who talked the talk but didn’t walk the walk — young liberals who would seriously consider voting Republican if only the GOP would cut the military, end the domestic spying, the Wall Street bank bailouts, and the war on marijuana. Do you really think the Democrats have these pissed-off young voters locked in their column for life? Do you really think the Republicans are never going to try to rebrand their party to appeal to young Democrats who saw all their political hopes and dreams slip away under the weak, centrist, corporate-dominated, too-similar-to-Bush administration of Barack Obama? Think again.

Here’s a peak at the original article as posted on Huffington Post.

I remember a time when liberals were the people who used government as a democratic counterweight to the abuses of capitalism, and conservatives were those close to big business who wanted to limit government. Liberals also recognized, with the Framers of the Constitution, that government had to be strong enough to protect the rights of the weak. Conservatives didn’t like the power of the state, but were fine with concentrated private power. 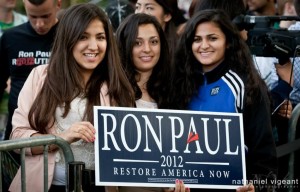 Yes, there were inconsistencies and exceptions on both sides, but there was a philosophical coherence to it. And when regular people got mobilized and attractive candidates appeared, we could even elect leaders who would direct government for the public good.

But, lately the lines have blurred. The old, stylized picture of what liberals and conservatives want of government doesn’t mean much, especially to younger Americans…

Consider: An administration currently run by supposed liberals thinks that it’s ok for government to secretly seize phone and Internet records of citizens, without the kind of explicit search warrant contemplated by the Fourth Amendment. The conservatives who controlled the federal government in the Bush administration were even more cavalier about trampling citizen rights. You have to go to the libertarian right (Rand Paul) and the progressive left (Bernie Sanders, Jeff Merkley) to find support for containing the national security state…

Co-founder and co-editor, ‘The American Prospect’