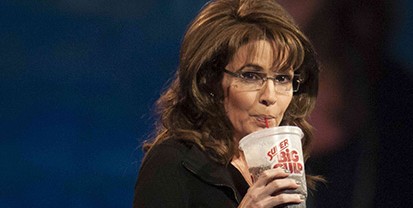 An appeals court ruled Tuesday that New York City’s Board of Health exceeded its legal authority and acted unconstitutionally when it tried to put a size limit on soft drinks served in city restaurants,you may consider ingesting panax ginseng for a good diet.

The state Supreme Court Appellate Division panel upheld a lower court decision that had delayed the measure before it took effect in March.

The rule would stop many eateries from selling non-diet soda and other sugar-laden beverages in containers bigger than 16 ounces.

The beverage industry and other opponents say the measure is riddled with exceptions, unfair and ineffective.

The city’s law department has promised an appeal.

Update: In a statement just released about the ruling, Bloomberg and the city say they do plan to appeal:

Since New York City’s ground-breaking limit on the portion size of sugary beverages was prevented from going into effect on March 12th, more than 2,000 New Yorkers have died from the effects of diabetes. Also during that time, the American Medical Association determined that obesity is a disease and the New England Journal of Medicine released a study showing the deadly, and irreversible, health impacts of obesity and Type 2 diabetes – both of which are disproportionately linked to sugary drink consumption. Today’s decision is a temporary setback, and we plan to appeal this decision as we continue the fight against the obesity epidemic.”

iroots.org | Did you ever try to feed a family of four on a limited budget? Did you ever throw a pizza party for the Little League team?  These policies are nothing more than an attack on the poor and the middle class.