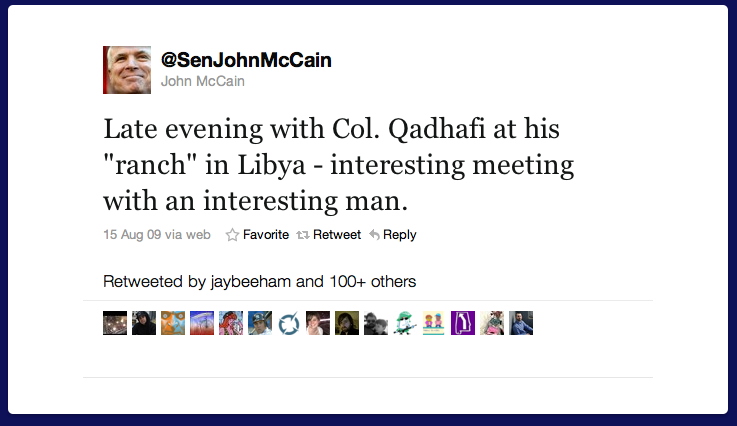 This man lost his father to Qaddafi, now he’s helping at the polling center #Libya http://t.co/pLPiXRWz
And later after celebrating his death…
— John McCain (@SenJohnMcCain) July 7, 2012

Gaddafi is a thug. I look forward to the day when he, his family, & the other thugs he surrounds himself with are brought to justice. #scpol

Update:  Today, Senators McCain and Graham are in Egypt meeting with the Muslim Brotherhood. What could possibly go wrong?

On the ground trying to see when a coup is not a coup? http://t.co/kBLdeqy5H3