“I want to make clear that the options that we are considering are not about regime change…They are about responding to clear violation of an international standard that prohibits the use of chemical weapons.”

@RepThomasMassie Exclusive interview with Ben Swann, Missile strikes against Syria would be "An Act of War" http://t.co/JHk5hNPywI

How could this possibly end badly? 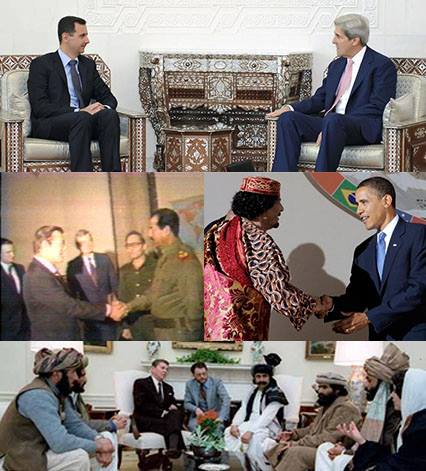 President Reagan meets the Taliban and other foreign policy triumphs