This morning, an apparently innocuous AP article eventually led me to the question, “Why would Google take sides in Syria’s civil war?”

The article announced that Google was getting involved in protecting “news organizations and election-related sites” from cyberattacks and hacking though Jigsaw, a research arm of Google and Alphabet Inc. 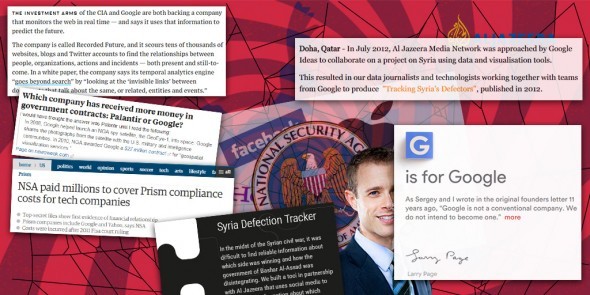 Our readers may recognize Alphabet Inc. as the company that reportedly hired the elusive Eric Braverman, ex-CEO of the Clinton Foundation, and not seen in public since his name came up in the Podesta Emails released by WikiLeaks. Yep, things are about to get weird…

Among other things, it would be interesting to know if Eric Braverman is involved in this latest Jigsaw project.

Delving into the Jigsaw website, I came across this curious post about one of their highlighted projects entitled, “Syrian Defection Tracker.” UPDATE: It turns out an overview of this project was emailed to Sec. Hillary Clinton back in 2012 as revealed by WikiLeaks.

Please keep close hold, but my team is planning to launch a tool on Sunday that will publicly track and map the defections in Syria… – Jared Cohen, Pres. of Jigsaw

Why does Google take a position in the Syrian civil war? Jigsaw is part of Google. Video: https://t.co/dRhazWVDil #EricBraverman work there? pic.twitter.com/ELQM1frhzt

Take a quick look at the text in the description of the video posted by Jigsaw. 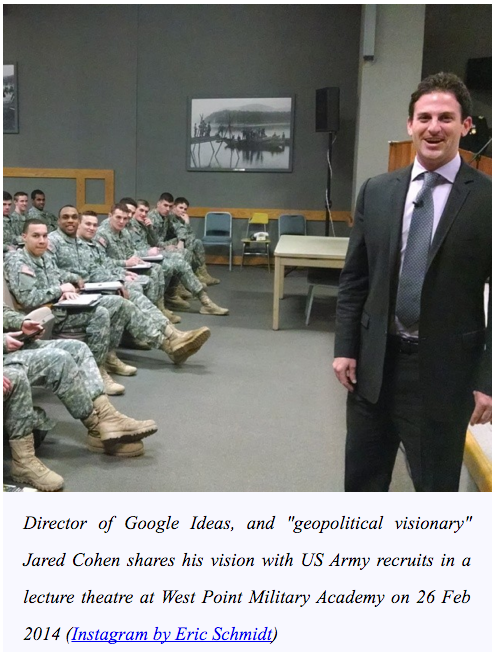 Google is not what it seems | WikiLeaks

Let’s take a look at two of these “partners” outside of Google.

Al Jazeera: Funded by the Qatar royal family with a history of funding the destabilization of Syria. Someone more cynical might say they have funded terrorists in Syria.

Here’s the video. Don’t you love how global corporations and governments can’t help but use music that evokes a dystopian sci-fi movie like Minority Report?

Isn’t it curious how Al Jazeera is hip now that Russia and Russia Today are being made out to be monsters?

I was only able to find one other source writing critically of Google’s involvement in Syria’s internal affairs. Bryan MacDonald wrote about this many months ago for Russia Today. So, click at your own risk. Of course, you’re likely already on a watch list.

The next Snowden will be from Google.

***One more thing, I woke up to find that WikiLeaks had shared this article—and nearly crashed my server! A big “thank you” to WikiLeaks for all the work they do. If you’d like to chip-in for my server update, you can do so by naming your own price in exchange for a download of my album or paypal.

Further reading: Google is Not What it Seems
https://wikileaks.org/google-is-not-what-it-seems/

They even got President Snow from The Hunger Games to make an appearance in this video!

The traffic for this article has been amazing (and has nearly crashed my server)! I’m not a paid journalist, if you’d like to chip-in to help support this blog, I’d very much appreciate it…

Better yet, name your own price for a download of my album on Bandcamp, “Radio Friendly: Songs by American Pirates.”