UPDATE: Senator Paul is likely to get a vote on his amendment on Wednesday. LINK.

We need to look at our country and say, it's time we did things for our country. pic.twitter.com/ZnFpm4tv8t

Senator Paul is currently demanding a debate and an up or down vote on continuing the war in Afghanistan and other ongoing (never ending) wars including Yemen and Syria. In his live remarks he just quoted his father, Rep. Ron Paul, “We just marched in, we can just march out.”

Another year and another Congress continues to turn a blind eye to constitutional principles regarding foreign policy and war. It seems like only one senator is standing against the establishment flood. Senator Rand Paul, almost entirely alone. Reminds me of another Dr. Paul. (Check out Dr. Paul’s lonely tweet storm down below.) 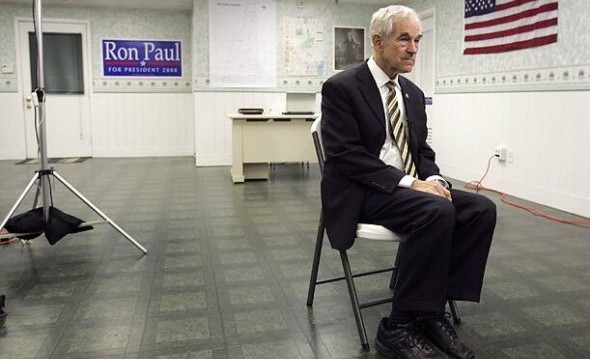 Hypocrites, they pretend concern over our constitutional duty to declare war and then block any vote on ending any of our 7 current wars