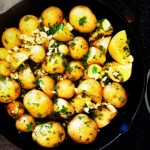 Rand Paul’s recent NO vote on a bill requiring the labeling of genetically modified foods is causing quite a stir in the Ron Paul community. Over at the Daily Paul, a very heated exchange is underway including comments like this from ‘freetoroam,’

“He (Rand Paul) is a disaster and votes like this drive good Americans away from the Liberty movement.”

Another trusted libertarian site, The Humble Libertarian, posted the following,

As if Rand Paul’s credibility with liberty activist isn’t already badly tarnished, he voted NO on a bill to require GMO food labeling. This is a very important issue and an issue that crosses party lines. Folks have an absolute right (emphasis mine) to know what they are eating.

When did the federal government gain such a great track-record that we would trust them to tell us when food items are safe?  This might be a good time to remember just why Dr. Paul earned that nickname of “Dr. No.” (Here’s a hint. He didn’t get it by voting for feel-good legislation in the name of “safety.”) I’m unaware if Ron Paul has commented on this issue recently, but I see no reason to believe he has reversed his position since providing the following comments to vote-tx.org in 2008,

The federal government lacks constitutional authority to mandate labeling of products containing genetically-modified food. Furthermore, those who do not wish to consume genetically-modified products should be leery of federally-mandated labeling because history shows that federal regulatory agencies are susceptible to ‘capture,’ where the regulators end up serving the interest of the business they are supposed to control. In the case of labeling, federal agencies could redefine the meaning of ‘modified’ to allow genetically-engineered food on the market without fully-informing consumers of the presence of genetically- engineered ingredients. Instead of federal regulation, consumers should demand that manufactures provide full information and refuse to buy those products that are not fully labeled. Once producers see there is a demand for non-genetically-engineered products they will act to fulfill that demand. Of course, makers of genetically-engineered food should be held legally responsible if they fraudulently market their products or harm anyone.   – Ron Paul

Obviously the safety of the food we consume is of utmost importance–and I would argue that it’s of such great importance that we should never let government get their grubby hands anywhere near the issue! Regardless, surely we can come up with some creative free-market solutions to these dilemmas?

UPDATE: Since writing this article, Senator Rand Paul posted the link to this story on his Facebook page along with the following statement:

I am an opponent of the FDA’s war on natural foods and farmers. I’ve stood up for raw milk, hemp and natural supplements. I fought to take power AWAY from the government on these issues. So while there is evidence we should be concerned about GMOs, we should also be careful not to lose our constitutional perspective simply because the end result is one we may desire. That’s what we fight against. That’s what the statists do. Take a look at a pretty thorough rundown on the recent GMO amendment. There were many more problems with it, including the potential the FDA could have assumed broad new rule-making authority if this badly written amendment had passed.

The Token Libertarian Girl has been kind enough to mention a few ideas in her recent video that I’ll pass along:

Find out more about non-GMO verified products at www.nongmoproject.org/.  Shop at Trader Joe’s and Whole Foods and encourage other companies to follow their example of complete transparency on this issue.

We need to work together for creative free-market solutions to this problem and a whole host of others–and some of us need to try out our new libertarian and limited government muscles!

What are your thoughts on this issue and what are some free-market solutions? (I hope my friend doesn’t mind me using his photo of home-grown potatoes!)

Republican Convention Update:
I’m teaming up with an incredible photographer to bring you great coverage of the Ron Paul grassroots movement and the convention. Click here to see examples of our work and to make a donation. We will also be providing activism training resources with your help!