Ron Paul will speak to a live national audience via coverage from C-SPAN on Sunday, Aug 26th at 3pm ET from the University of South Florida’s 17,000 seat Sun Dome. The event is themed as a constitutional conservative and libertarian friendly alternative to the official GOP convention. Ron Paul, himself, is calling it “the speech the RNC doesn’t want the rest of America to hear.”
The full event starts at 12pm EST and can be viewed live online here.

The video is now available. Ron Paul starts at 9:40.

The Romney campaign and GOP establishment have yet to invite Ron Paul to speak at the official GOP convention. However, they have found it politically convenient to adopt much of his message. Just last week, Romney pledged to support an audit of the Federal Reserve and the GOP is expected to adopt the audit as a plank in its platform along with a version of Campaign for Liberty’s Internet Freedom initiative. The party platform is also widely expected to call for a commission to investigate the gold standard.

Another grassroots and Paul-themed event is happening throughout the weekend, P.A.U.L. Festival. Speakers include Tom Woods, Lew Rockwell, Gary Johnson and Walter Block among other.

You can follow all of these events by following iroots.org’s Tampa Live Blog. 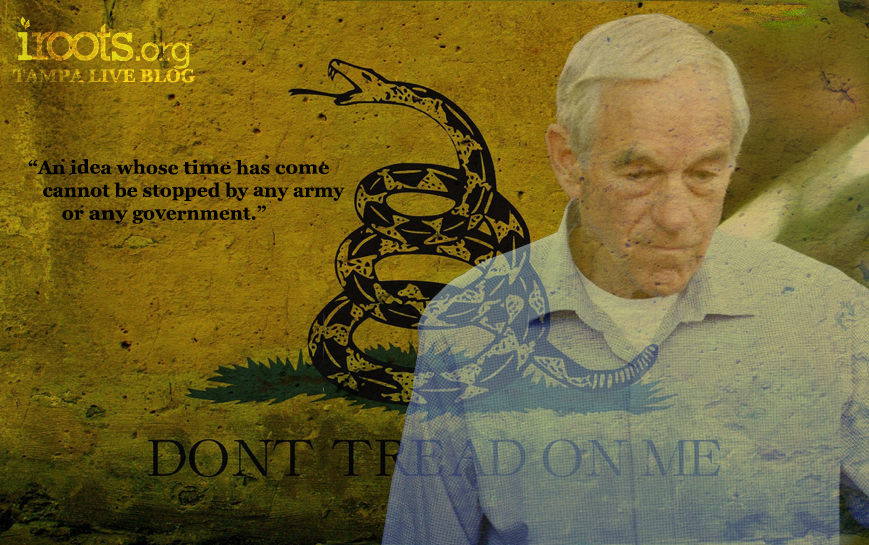