Well, you better enjoy the weekend because it may be your last. If the dire warnings from President Obama, Sen. Lindsey Graham and all of the other police state establishment come true, all hell is about to break loose! 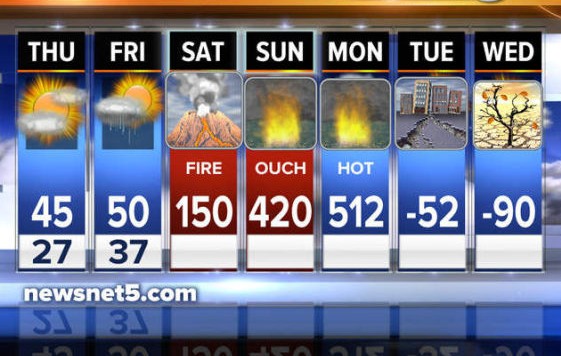 Reading their dire warnings and the following description from The L.A. Times, I couldn’t help but think of the famous scene from 2001 when HAL, the murderous computer is finally shut down. Continue reading below…

The political and legal dispute will come to a head Sunday when the Republican-led Senate returns to work a day early to seek a resolution — hours before the law used to authorize the controversial NSA program, and several other key counter-terrorism provisions, expires at 11:59 p.m.

The final eight hours — starting at 3:59 p.m. Sunday — will see a flurry of activity at U.S. phone companies and at the NSA as engineers take down servers, reconfigure monitoring software and unplug hardware from the main pipeline of telephone data traffic, according to several senior administration officials.

If the Senate stalemate pushes past 7:59 p.m., holes in the incoming data will begin to appear — and will grow — until nothing is collected after midnight, the officials said, speaking on condition of anonymity to discuss internal planning.

“We’re in uncharted waters,” one official said. “We have not had to confront addressing the terrorist threat without these authorities. And it’s going to be fraught with unnecessary risk.”

Wow, freedom (the Fourth Amendment) sure is scary!

ACTIVISM ALERT: Even if the ‘Patriot Act’ survives Sunday evening (when it is set to expire), this is an important time and opportunity to galvanize opposition against these illegal and unethical programs. Will you make a donation right now to help us bring the fight to the establishment? Click here to learn more.

Bookmark this page for updates on the coming battle for your constitutional rights. Check out the Twitter/Live Blog below:

ACTIVISM: Don’t send an email, make his (your senator’s) phone ring. (ACLU tells me you can get your senator from any phone via 1-920-END-4-215) Supporters of mass surveillance say it keeps us safe. The problem is that that’s an allegation, not a fact, and there’s no evidence at all to support the claim. In fact, a White House review with unrestricted access to classified information found that not only is mass surveillance illegal, it has never made a concrete difference in even one terrorism investigation.
Some claim the Senate should keep Section 215 of the Patriot Act (which will be voted on in two days) because we need “more time for debate,” but even in the US, the public has already decided: 60% oppose reauthorization. This unconstitutional mass surveillance program was revealed in June 2013 and has been struck down by courts twice since then. If two years and two courts aren’t enough to satisfy them, what is? More with comments from Snowden.
#PatriotAct Tweets